‘We are excited to bring you more exclusive designers from Couture, Pret a Porter and Ready to Wear categories from around the world!’

Birmingham International Fashion Week will take place in the Birmingham City Banqueting Suite in Birmingham City Centre on the 28 February-1 March 2014. Tickets will go on sale in November/December 2013 and are available for the first 100 VIP visitors only. No general tickets will be released for AW14 shows. BHMFW will be the central location for press conferences, lunches, cocktails, fashion presentations, designer showrooms and the ultimate party and event scene in Birmingham during the 2014 Fashion Week. Exclusive ‘By Invitation Only’ event, with only a percentage of VIP tickets will be sold to the public. Industry professionals, press & media, buyers and fashion bloggers from around the globe will be in attendance.

The Fashion Week possesses a vast historic space, providing an immense central art deco welcoming location for all fashion week-goers and attendees. BHMFW will take place over 2 days in the stunning locations of Birmingham City Centre historic council house. The venue for 2014 show is located in Victoria Square at the centre of the city. It links Birmingham’s financial and business district with the world class International Convention Centre and the National Indoor Arena, which are just five minutes by foot. Surrounded by art galleries, theatres and shops, these magnificent facilities are easily accessible from all major city routes. New Street Station with its intercity connections is less than a five-minute walk from the building. The venue rooms have received and welcomed Royalty, world leaders, media and film stars, people from the literary world and every type of business and organisation. The event venue will be transformed into a fashion heaven with the main runway, designer showrooms and presentation areas.

Designers have various options available to showcase and take part. Packages for 2014 are designed to suit both national and international emerging & established talent, ranging from £500 per day. New for 2014, will the added Designer Presentation and Showroom opportunities for young Emerging Designers.

‘Air France/KLM are the official carriers for BHMFW 2014, where the event partners, sponsors and designers can take advantage of the great discounted air fares.’

Press and Industry Registration is now open at:

Posted by Birmingham International Fashion Week at 11:33 am

Birmingham International Fashion Week 2014 will take place in Birmingham City Banqueting Suite in the City Centre on the 28 February-1 March. Tickets will go on sale online in November 2013 and are available for the first 100 VIP visitors only! No further tickets for general public will be released for AW14 shows.

BHMFW will take place over 2 days in the stunning locations of Birmingham City Centre historic council house. The venue will be transformed into a fashion heaven with the main runway, designer showrooms and presentation area. Designer and Sponsor opportunities are available online at www.bhmfashionweek.com or by email info@bhmfashionweek.com 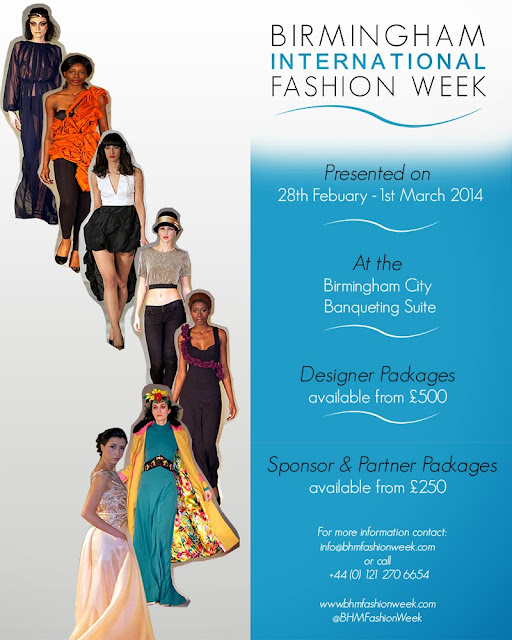 We have now released our Official Media packs for Designers, Sponsors and Partners

We have 3 options available for national and international talent, ranging from only £500 per day. We have added the Designer Presentation and Showroom opportunities especially designed for Emerging Designers and brands. Its your opportunity to showcase during Runway shows in a Designer Showroom along with other like minded designers and talent from across the globe. Each designer is allowed to sell and take orders from Buyers/General public. 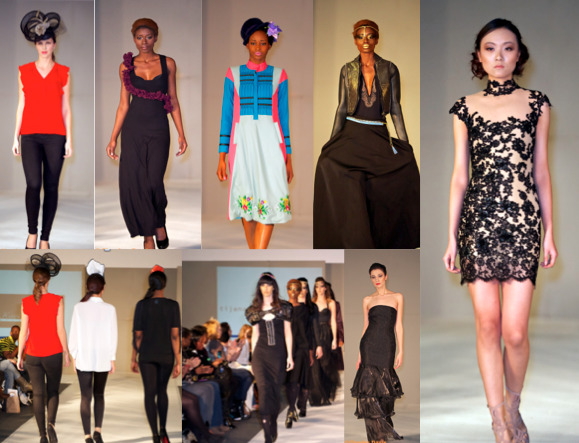 For more information on all BHMFW 2014 Show Media packages, please contact us directly at info@bhmfashionweek.com